The Canter or Gallop

The canter/gallop needs the horse to be either fully extended with one foot on the ground or collected with its legs under its body. The horse must be looking forward, and the pose can be facing either the left or the right. The body should be straight as possible, with the head as aligned as possible. Horses are preferred to be looking to the left or right, depending on which way the horse is facing. The more aligned the gallop is, the higher the point total. This pose can be achieved when the horse is chasing something it wants, such as a toy. To achieve the canter, watch for the horse to transition from trot to gallop; to achieve the gallop, whip the toy across the screen and your pony is sure to follow. 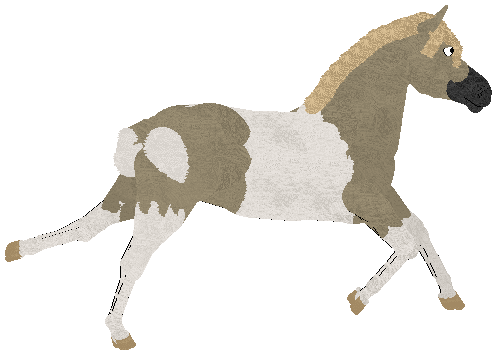 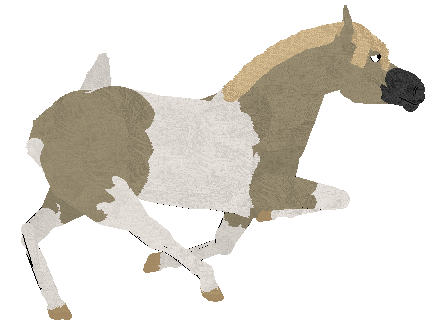 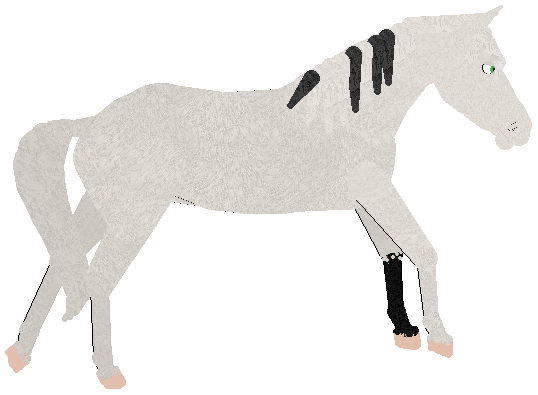 The backup is the easiest pose to get and consists of the horse backing up. To achieve this pose, show your horse a toy it isn't familiar with and it will often back up. The horse should be as straight as possible, with either its hocks or its knees as close together as possible and with its head as aligned as possible. Even eyelids are preferred but worried ones are acceptable as well. Horses are preferred to be looking to the left or right, depending on which way the horse is facing. 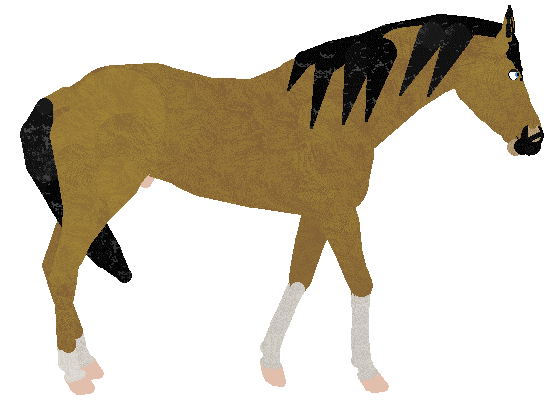 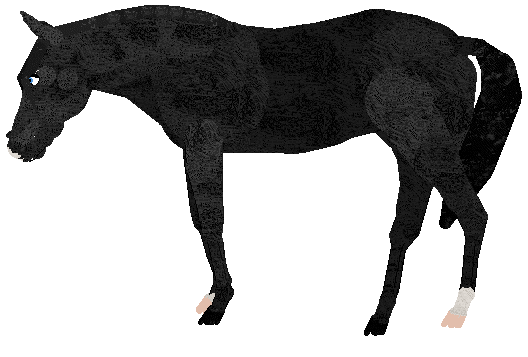 The spin is a moderate pose to achieve. To get your horse to "spin," simply waggle a toy it really wants in front of its face. The horse will lose his damn mind and begin to playful rear, prop and eventually jump around in circles. When the horse flips around, that's when you take your pictures. The horse will do this every so often when it's super excited. For the pose, make sure AT LEAST one back leg (either one) is flat on the ground, its forelegs are splayed as it's turning around and its head is facing either the right or the left. The ears DO NOT have to be aligned as the horse's head will be at angle. Even or surprised eyelids are fine; the horse is being crazy so let it be crazy! Horses are preferred to be looking to the left or right, depending on which way the horse is facing. Some files look really freaking weird in this and will not be faulted. 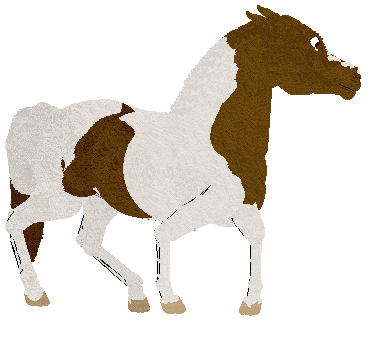 The sliding stop is the hardest to get. To achieve this pose, you must show the horse the pumpkin and scare the living hell out of him. Sorry, ponies! When the horse is terrified, it'll slide back on its butt to achieve the classic "sliding stop" pose. You will have to train your horse for this pose by rewarding him when he gets scared. Eventually he'll "prop" and slide back on his butt to get away from the horrible pumpkin. The horse should be at angle to his rear with his forelegs splayed and facing either left or right. The pose should be as straight as possible with the ears together as closely as possible. SURPRISED EYES ARE ACCEPTABLE, as holy crap, wouldn't you be surprised too at that stupid pumpkin? Horses are preferred to be looking to the left or right, depending on which way the horse is facing.

NOTE: On V1s and Rafas, you will not get the legs tucked under the body as well as a V2. The movement of V1s and Rafas are a bit stiffer, so you will not be able to get the exact poses you'll get a V2. The examples below are the closest you'll want to aspire, with the same sort of alignment on the head and straightness of the body. 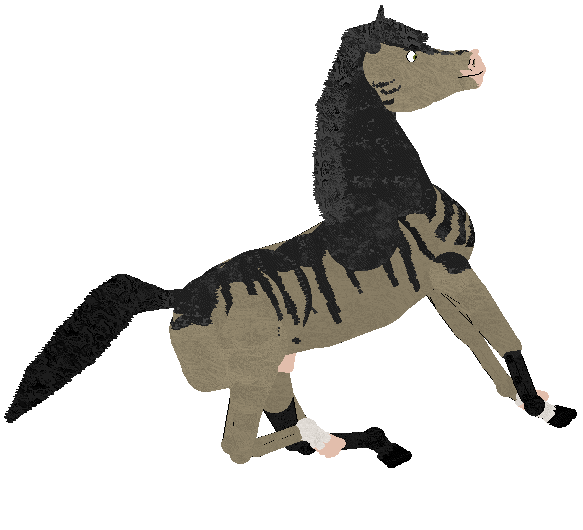 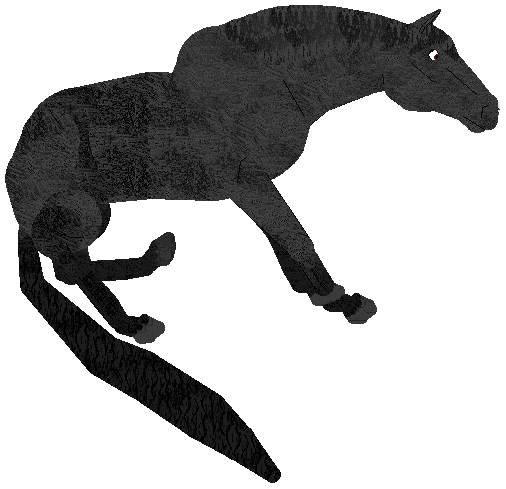 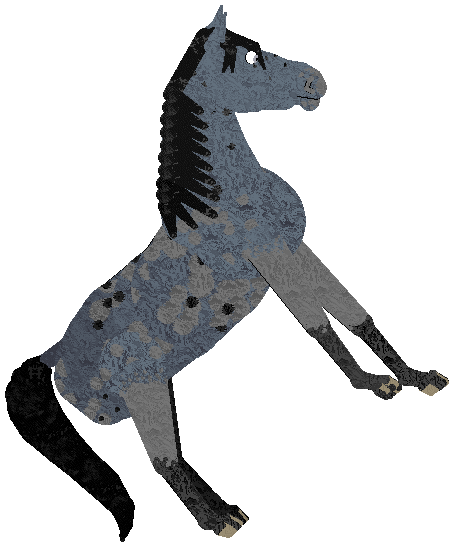 After earning 30+ points in Reining, a horse is considered a Champion. An owner may then choose to retire from the discipline or continue on by competing in Advanced shows. Advanced shows accept horses that have earned more than 30 points. Once a horse has earned 50 points total, it will earn the Grand Champion title and may retire from the discipline.

While some disciplines require additional or different poses for Advanced, Reining does not. It's the exact same thing as regular, but the competition is all more experienced.

To learn more about getting a canter or gallop pose, visit the Gait Pose Guide, How-To, & Tips.

I wouldn't get too caught up in trying to get the more difficult Reining poses - a nice backup (or rein back) can place just as well as a nice sliding stop and it really is A LOT easier to get one. However, if you REALLY want a sliding stop from your pony, Celestia's training method will come in super handy! Check it out below: 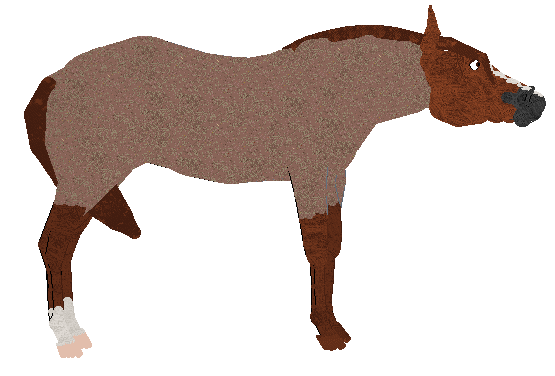 I've never met a horse I couldn't train, but some of them can be pretty difficult. For reining, you'll need a running/cantering pose too, so you might want to pick a horse that's really finicky and likes to dart around the screen. That's the first step to picking your champion, I think! A winner needs to be quick on their feet. 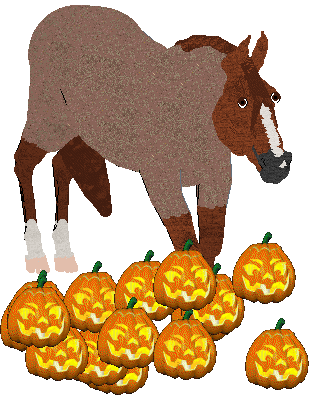 Bring out a bunch of pumpkins and bounce them onto the floor of your toy room. Go on, seriously bounce them! It's tons of fun. Your horse should run over them, dragging them to the bottom of the screen. You now have a bed of pumpkins for your pumpkin pie.

Step 3: Bring out the praise and the patience. 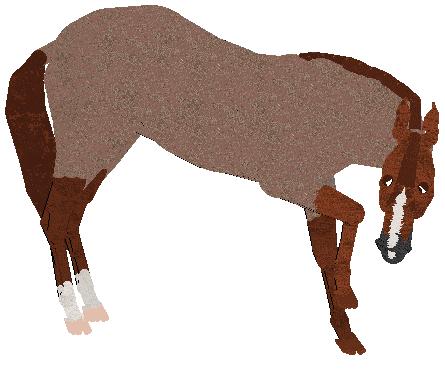 Every time your steed jumps, rears, spooks, or activates any sort of scared animation, give praise. This tells your horse that it's okay to be afraid and that it can be quite fun! Even the bravest horse can learn to slide on its feet at the pumpkin screams! You have to be very attentive at first, but as you praise your horse it should become easier and easier. Before you know it, they'll be reining back without seconds to spare. That's how you know training is complete!

I use the brush to praise my horse just because it's easier then petting, but I do not recommend treats. They aren't too effective when a horse is too focused on the pumpkins. Do not attempt to take pictures until training is over! Your horse needs to focus on the session!

You now have a champion in the making! For poses, try keeping it to the toy room. I find it easier to snap decent pictures in that strip of space. 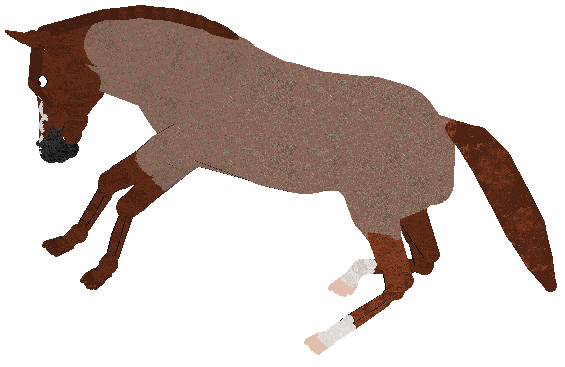 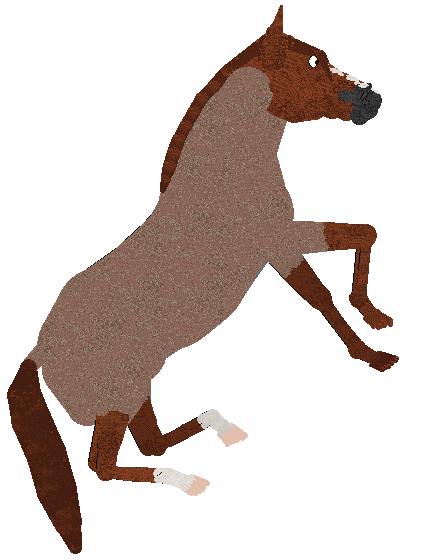