To show in Hunter Under Saddle, you're going to need a nice gaiting pose of your horse. Any gait works as long as it's not a piaffe or one of the gallops. The pose can be edited, so adding transparency, shading the horse, adding tack and a rider are acceptable, and encouraged!

Pay special attention to the rules about the tack, some is not acceptable for Hunter Under Saddle.

Here is an excellent example of a Hunter pose provided by Pollution. 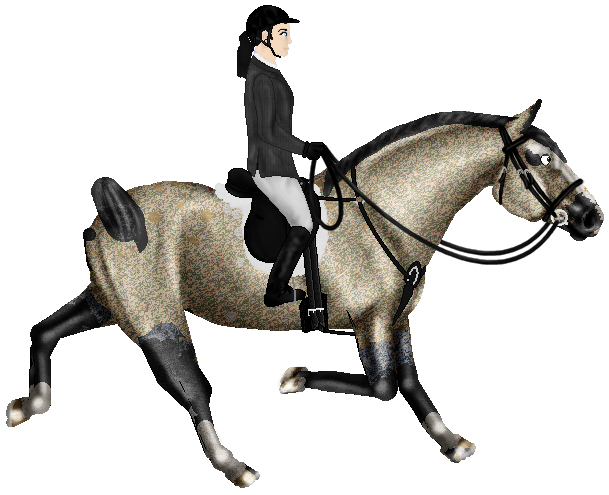 Twilight, below, is another excellent example. 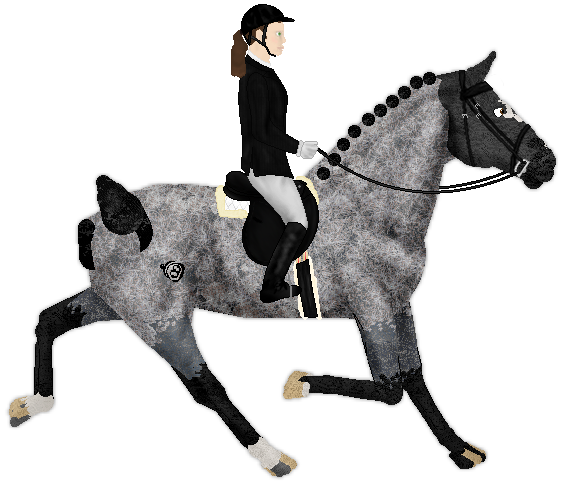 Hunter judges look at the quality of the pose and evaluate the horse's expression and straightness. The horse should appear calm and confident and the gait shown should show off its best features. If tack and rider are included, they will also evalute whether the tack and rider accentute the horse well or not.

To compete in Advanced HUS, you must add a second pose. It must be of the horse jumping over the hoop. This pose is often called the "jump" or "mid-jump" and is the second of the three jumping poses at Seeing Stars.

Editing of this pose is allowed as well and ideally, both the gait and the jump will look similar in regards to the tack and rider.

Below is Twilight's HUS jumping pose. 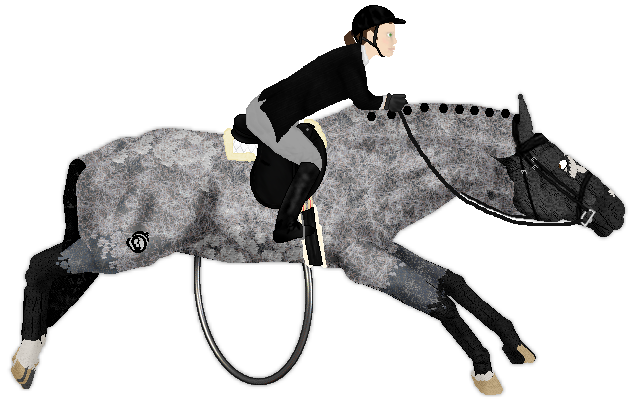 The hoop jump may not be edited out and you may not use any other jump toy. Only the silver or gold hoops are accepted!

The Editing Poses section will help if you want to know how to add transparency, shade the horse, add tack, or even create your own tack.

When placing bridles, it's a nice touch to erase parts of the bridle that go over the forelock, so it looks like the forelock sits on top/over the bridle.

Another nice way to customize the bridle to the horse is to add a metal buckle or two somewhere, if the bridle didn't already come with some. I usually google pictures of bridles being worn to see where buckles might go.

For help on getting a quality gait pose, visit the Gaiting Pose Guide, How-To, & Tips.

Poses showing a piaffe or gallop will be disqualified. Poses with angry

expressions may be faulted, depending on the judge. If you want more details, visit the general Disqualifications & Faults Guide. 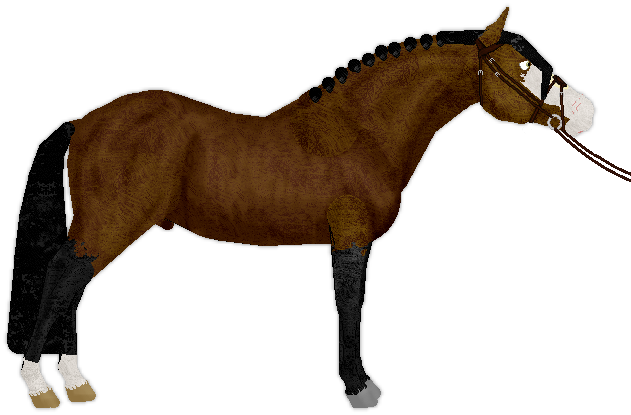 It's best to stick to just a classic English bridle.

Dressage saddles are not allowed either. It's best to stick to general-purpose English saddles, close contact saddles, jumping saddles, and cross-country saddles.

The two most common types of martingale, the standing and the running, are used to control the horse's head height, and to prevent the horse from throwing its head so high that the rider gets hit in the face by the horse's poll or upper neck. A standing martingale has a single strap which is attached to the girth, passes between the horse's front legs and is fixed to the back of the noseband. To prevent it from catching on other objects, it also has a neck strap or is attached to a breastplate. A running martingale consists of a strap which is attached to the girth and passes between the horse's front legs before dividing into two pieces. At the end of each of these straps is a small metal ring through which the reins pass. It is held in the correct position by a neck strap or breastplate. If you want pictures, please Google them! There are plenty.

While martingales are allowed in real-life Western disciplines, Hunter disciplines, as well as Eventing, Show Jumping, and Racing, they are not allowed in Seeing Stars' Hunter shows.

Boots and leg wraps are also not allowed in Hunter shows.