Endurance shows require a gaiting pose, anything but a gallop or piaffe will do! Fancy tack/background/rider are not required!

Owners get to pick which regions the horse is great, good, and poor in. Each horse performs "great" in two regions, "good" in two more, and "poor" in one. For example, I imagine Arabians are probably really good in the desert and plains but perhaps poor in the rainforest with such humid air. Large drafty breeds might be poor on the beach where they sink in the sand more, or maybe in the desert where it's just too dang hot!

Once a horse has designated skills, they don't change. So your horse will always be "poor" in mountains if that's what was initially chosen.

Below is the example Endurance pose from the Official Rules. 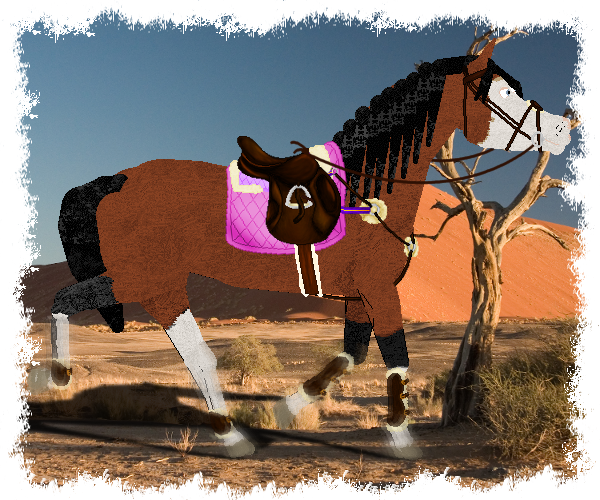 And another example pose provided by Pollution. 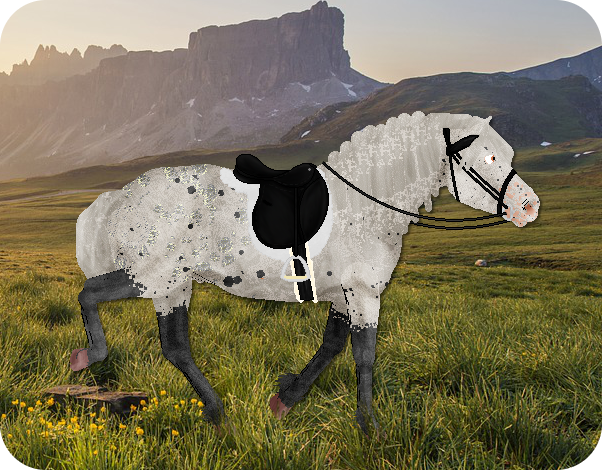 Notice that you can get away with more editing than other shows at SS, however, freeform editing like moving legs/ears/eyes etc. is still NOT allowed. You are allowed to add effects that slightly obscure the pose though, such as heat waves/splashing water/etc. and having the hooves obscured by the terrain.

After earning 30+ points in Endurance, a horse is considered a Champion. An owner may then choose to retire from the discipline or continue on by competing in Advanced shows. Advanced shows accept horses that have earned more than 30 points. Once a horse has earned 50 points total, it will earn the Grand Champion title and may retire from the discipline.

While some disciplines require additional or different poses for Advanced, Endurance does not. It's just the exact same thing as regular, but the competition is all more experienced.

When entering my horses in Endurance, I usually don't enter them in a region they're "poor" in. However, it doesn't affect the score all that much, so you can be choosy if you want or not.